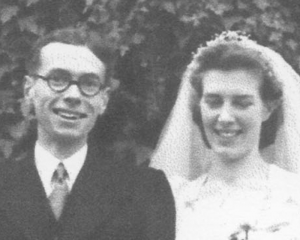 Winnie and Frank, the newly-weds, soon to leave for China.

Winifred Tovey has written two autobiographical books with excerpts by Frank Tovey about their times in China just before Mao’s revolution and in India from the early years of independence to the late 1960s. 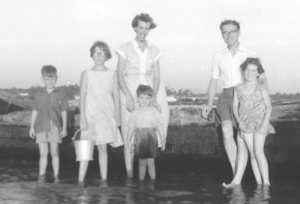 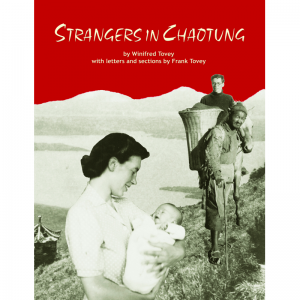 Winnie Hill grew up in Bedford, living in her grandparents’ house like so many other children who had lost their fathers in the First World War.

The household routine, with a limited budget, no electricity, and no heating apart from the copper on Fridays; the discipline of schoolwork, and the duty of helping in her mother’s grocery store, were as restricting as they were comforting. But Winnie loved music and enjoyed the freedom of holidays on Uncle Charles’ farm, and this fired her imagination and widened her horizons.

As a young woman her interest in foreign lands was inspired through magic lantern illustrated talks, and she dreamed of going to Tibet. But she did not get to Tibet.
Instead, a whirlwind marriage to Frank in 1947 took her on a journey to work in the remote province of Yunnan in south west China.

The unique and fascinating story of the time that Winnie and Frank spent in China is told through their letters to relatives back home.

It is a story of courage and initiative, naivety and wisdom, of cheerfulness during difficult times, and of emotional strength when they had to separately flee China to escape the dangers of the communist rebellion.

Cor Blimey! Where ‘ave you come from? by Winifred Tovey with chapters by Frank Tovey

This wonderful autobiography describes what it was like to live in India from the post-Raj time of 1951 to the late 1960s when India had established its independence as the largest democracy in the world.

In an extract from Winnie’s introduction to the book she writes:- ‘Cor Blimey! Where on earth ‘ave you come from?’ asked the cabby who picked us up from Liverpool Street Station. It was not the first time, nor the last, that we had to ask ourselves the same question.

Over the sixteen years that we lived and worked in Mysore, our four children grew up to mix with the very rich and very poor. One day they would be at nursery school in the Maharaja’s Palace, and, on the next, visiting remote villages, where the last few miles could only be travelled on foot and we would meet with villagers under the banyan tree.”

Winnie and Frank Tovey tell of their lives and work in South India during the 1950s and 60s when there were many challenges and changes. Their friendships with people, from Maharajas to villagers, and from planters to travellers, provided unique and rich experiences.

The book is richly illustrated with photos, maps and diagrams. As well as the personal story there are in-depth descriptions of the work of the Holdsworth Hospital, the rehabilitation of leprosy patients (made possible by the advent of Dapsone), and the resettlement of Tibetan refugees. 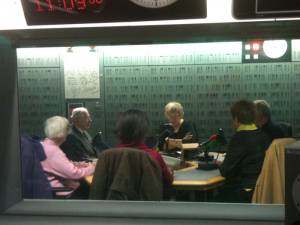