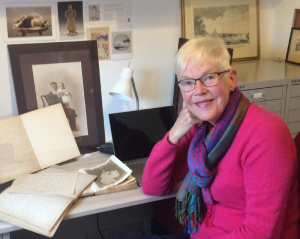 Sheila McClure has worked in libraries, museums and the charity sector, and is now retired and lives in Essex.

She remembers her grandmother telling her how her great grandmother, Constance Groves, came to China as a young woman in 1887, to serve as a missionary in Chefoo, Shandong Province, eventually marrying Arthur Douthwaite, a medical missionary, and about their eventful life together over ten years.

When Sheila became the guardian of the letters which Constance had written home each week to her family in Bristol, along with the family photographs of the same time, she realised what a remarkable story they told. 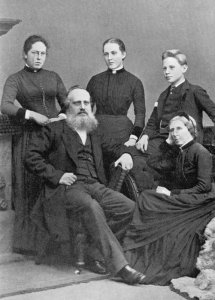 Further research revealed a network of connections between the China Inland Mission and Constance Douthwaite’s Brethren community in Bristol.

Sheila developed a profound respect for Constance, who was a wryly perceptive observer of people and events, perhaps shaped by her experience of her father’s mental illness and of society’s attitude to him. 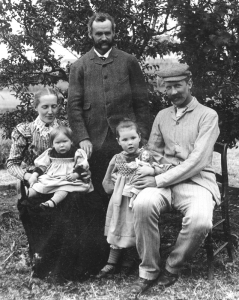 The Douthwaite’s with Cousin Norris, 1895

Through times of physical and emotional exhaustion, Constance struggled to be the capable wife, mother, teacher and secretary that others saw; in later years clinging in her letters to the prospect of home leave in 1896 – leave that she did not live to take. 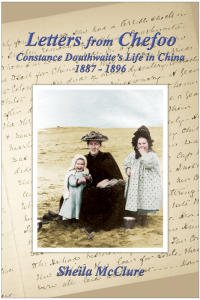 These vivid letters, with their variety, humour and crisp objectivity, are a unique survival, and Sheila has found it immensely rewarding to bring them to a wider readership in the form of the book, Letters from Chefoo.