A beautiful hardback book of 416 pages with 156 photographs and 4 maps in context with the narrative. 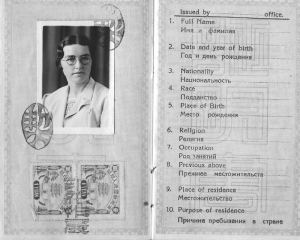 In 1935 Marion Young arrived in China and for the next six years she wrote weekly letters home to her parents in Ireland. Her letters give a vivid picture of life in the market town of Faku and also of the villages in Inner Mongolia which Marion visited as part of her mission work.

She described how memories of ‘the Mournes with gorse blazing gold, the smoke lying over Milford … cut out completely the spits and smells around me.’

She wrote about two wee boys, ‘they flee like two little fat bundles with feet stuck on the bottom’, and about ‘Christmas morning – wakened by running feet outside my window’ – the morning the cook’s daughter-in-law jumped down the well. 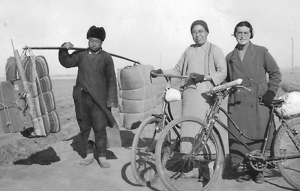 Ever present is the oppression of Japanese rule – ‘They treat folk a bit more kindly before freeing them, to give the marks of beating or torture a chance to clear up – isn’t it a bright thought?’

On this stamp is depicted the ‘Last Emperor’ of China, Pui Yi, who was proclaimed in 1931 ‘Emperor of Manchukuo’ by the Japanese. In fact Pui Yi was merely a puppet with no powers and held under virtual house arrest. 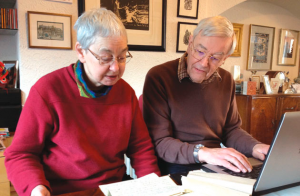 Marion’s letters and photos were passed down to her daughter and son-in-law, Helen and Neil Sinclair. After making difficult decisions on which of the letters should be included in the book, Helen read out the selected passages, while Neil typed into the computer. They then chose the photographs that would best illustrate the story.

The Right Hon. Douglas Alexander writes in the foreword to Letters from Manchuria, ‘what emerges is the deep respect and indeed fascination with which Marion and so many of her colleagues regarded their Chinese students and the culture and civilisation of which they were part.’

3 reviews for Letters from Manchuria