THE SECRET OF THE AESIR – limited number signed by author 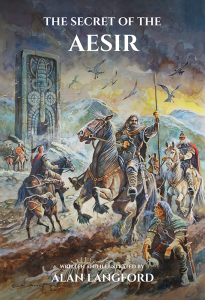 THE SECRET OF THE AESIR

written and illustrated by

Set during the 8th century A.D. amidst the tundra and glacier scarred valleys of northern Scandinavia, THE SECRET OF THE AESIR describes the journey of a contingent of Viking warriors, who guided by their knowledge of the far north, discover a mystery that is older than the Aesir, older than Odin himself. 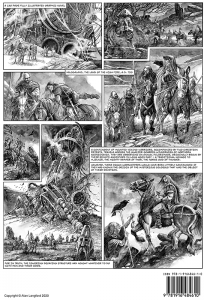 Every page an artwork

On every page Alan Langford brings such life to his drawings that the reader can sense the presence and strength of the characters, feel the chill of the icy landscape and see the hot breath of the horses.

The idea of creating a graphic novel of his own conception had long been Alan’s ambition, and in the winter of 2017 he finally began his dream project. THE SECRET OF THE AESIR is the result of three years of intense work, almost without a break.

Every one of the graphic novel’s 132 pages is an artwork in itself, successfully capturing the atmosphere of what is believed to be the dark ages of pagan Scandinavia, and powerfully telling the story of the Norsemen who courageously sought the answer to THE SECRET OF THE AESIR.